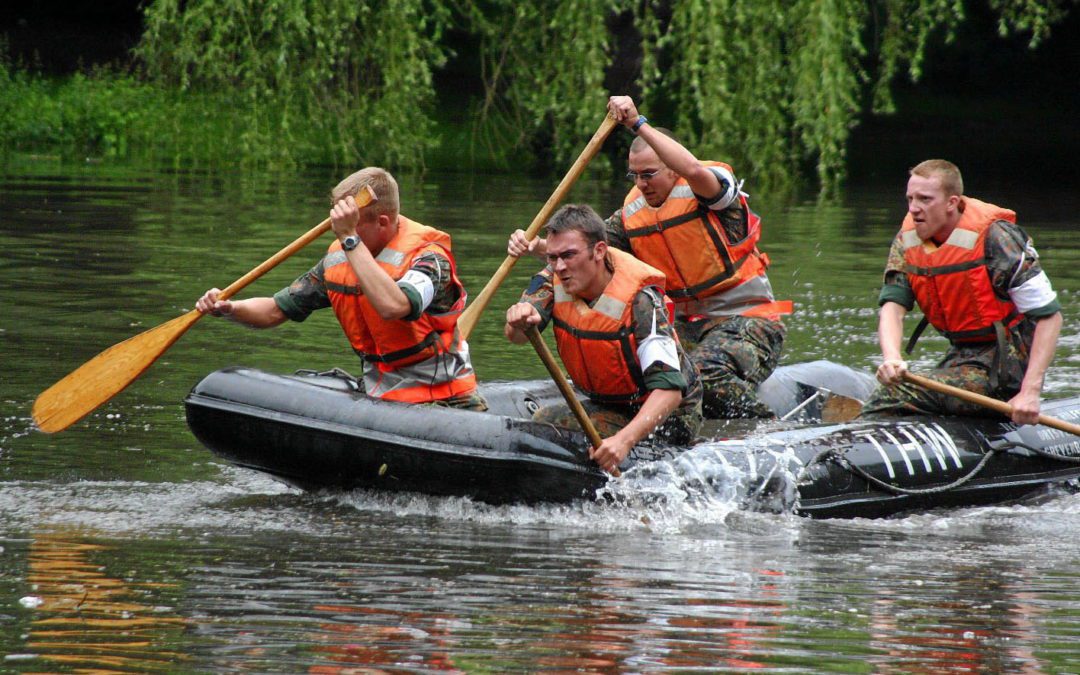 On Saturday the 6th of July the 36th Mönchengladbach International Military Competition (IMM) is being held in and around Schloss Rheydt for the first time. The IMM is the oldest military multi-event sports competition in Europe. It’s being arranged by the reservists of the Lower Rhine police federation and the army’s Land Command North Rhine-Westphalia. The participants come from all around the world, and they include active soldiers and reservists. The winning team will receive a prize which is funded by the IMM patron, Defence Minister Dr Ursula von der Leyen. Schloss Rheydt is an historic moated castle in Mönchengladbach, and it’s a fascinating setting which has been a great source of inspiration for the organisers when it comes to designing and setting up the various stages of the competition. The contestants must complete a total of 15 tasks which involve a variety of different challenges. The castle and the bodies of water around it will be used for the competition events, as will the large meadow in front of the castle, the nearby Volksbad open-air swimming pool, and the firing range run by the Bungt shooting club. On the meadow in front of the castle it is planned to have an assault course with a climbing tower provided by the THW (civil protection organisation), as well as a biathlon course which was recently used for the German military reservists’ championships. Spectators of all age groups are very welcome to come and see the action. They will be able to watch over 100 competitors from a variety of different countries as they tackle exciting challenges around Schloss Rheydt, and they’ll also be able to have a look at various information stalls run by the German Federal armed forces. 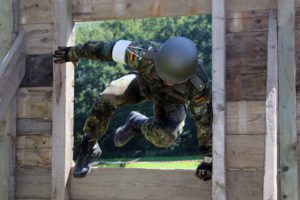 Anyone who’s feeling a bit daring (and hungry) should try the traditional pea soup of the German armed forces – all in aid of two good causes! The Mönchengladbach International Military Competition (IMM) is open to the public on the 6th of July from 10 a.m. to 5 p.m. The competition starts and finishes at the Geneicken local sports complex. The competitions to be held around Schloss Rheydt end with the prize-giving ceremony which is scheduled to begin at 7 p.m. As the competition is bound to cause increased traffic in the area, visitors and guests are requested to factor this into their travel plans and to use public transport if they can.