The Alter Markt (Old Marketplace) together with Kapuzinerplatz and the cathedral forms the heart of historic Mönchengladbach. Here – virtually in front of the abbey gates – a small settlement grew into a township and was eventually enclosed by a town wall. The Dicker Turm (‘Fat Tower’) forms part of the remnants of this town wall. There are further remnants of this protective wall in the Geropark at the foot of the Abteiberg (Abbey Hill). The site of an historic town gate can be seen in the form of coloured street paving at the “an der Stadtmauer” junction on Hindenburgstraße.

Kapuzinerplatz lies in the middle of the historic old town and it’s one of Mönchengladbach’s central inner city squares. Another of these squares is the Alter Markt, which Kapuzinerplatz seamlessly merges into at its western end – in the area where the former gatekeeper’s house stood. The two linked squares provide an open area in the middle of the old town which contrasts with the otherwise attractively ‘human scale’ of the town’s layout.

With the construction of the market hall currently under construction,​ the city of Mönchengladbach intend to separate Kapuzinerplatz from the Alter Markt once again in structural and functional terms, and consequently to enhance both squares by creating a more comprehensible spatial layout. This will involve Kapuzinerplatz in particular being fitted into the overall context of the existing inner-city squares. As part of a deliberate process of giving all the inner-city squares their own identity – e.g. making the Alter Markt into the city’s gastronomic focus and Sonnenhausplatz into a leisure space – the aim is that Kapuzinerplatz should be the old town’s central market location. The artwork “Three Steps – by Heinz Mack” was dismantled due to the new market hall construction and will be rebuilt at a new location. 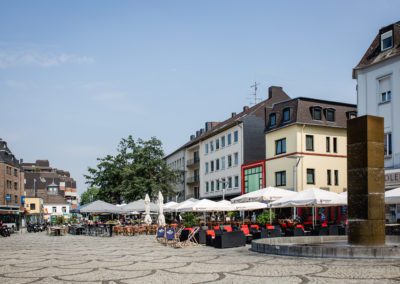 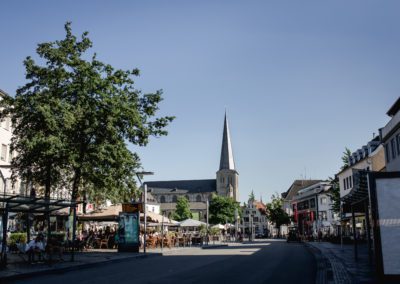 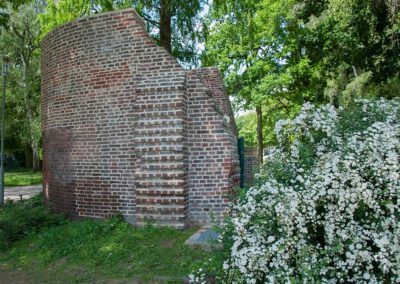 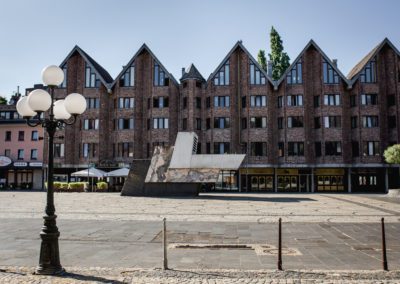 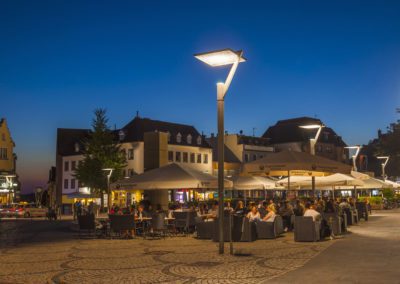