The bowling alley which was originally designed for allied forces was built in the 1960s on the boundary between M’Gladbach and Rheydt, and it remained largely unaltered until 2009. Popular with the residents of Mönchengladbach and visitors from the surrounding region, over time it eventually became a longstanding, integral part of the urban landscape. In 2010 the facility was taken over by the Bowling Lounge group. In the same year the bowling area was fully renovated and enlarged. The famous, tried and tested Bowling Lounge concept was not simply applied, it was enhanced and adapted to the local circumstances.

20 brand new lanes and machines were brought into use together with a state-of-the-art scoring system, impressive HD graphics, superb animations, and really easy to touch screen panels. But the stunning decor and lighting are also in a class of their own, and the complex opened in 2011. The independent, respected commission from the USA awarded the Bowling Lounge its prize for the most beautiful bowling alley in the world.

In 2013 the facility was given another make-over and was extended. Attached to it there is now a pizza lounge with a spectacular stone oven as well as the beer garden and a mega-size TV screen.

Now in addition to all this there is also a spacious games area featuring air hockey, darts, table football, basketball, a driving simulator, and a boxing machine. 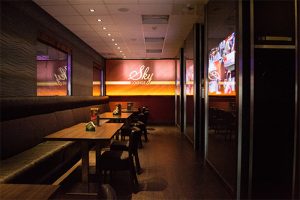 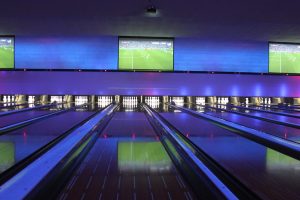 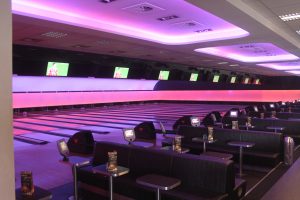 Every Wednesday: Flat-rate bowling  € 15 per person for 3 hrs. from 6 p.m. onwards, including hire shoes. Doesn’t apply on evenings before a public holiday or on public holidays!

Fridays and Saturdays: Moonlight Bowling from about 8:30 p.m., with commentary, competitions & great prizes on 18 lanes featuring the latest LED lighting and “nightglow” technology! 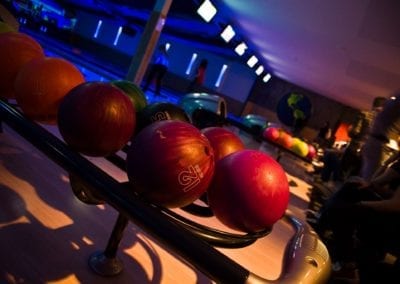 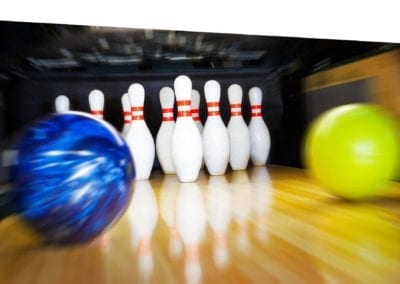