Football history was written in the former Bökelberg stadium of Borussia Mönchengladbach. The football club celebrated all its successes and championships here. This memorial was erected as a reminder of these glorious times and the former stadium.

More than 100 years ago, in autumn 1919, the sports facility that would later become legendary under the name “Am Bökelberg” or simply “Bökelberg” celebrated its opening. Basically, it was a former gravel pit that had been surrounded by a wall and on the ground of which was a sports field. It was officially called the “West German Stadium”, but the Gladbachers simply called it the “Kull”.

In the years following the opening of the “Kull”, ultra-modern stadiums were built elsewhere, e.g. in Cologne and Düsseldorf. No sooner were the tiers of the Bökelberg fortified in 1962 than promotion to the Bundesliga made it look old again. And when the eastern slope was finally closed in 1972, the major Bundesliga rivals got new stadiums for the 1974 World Cup. Structurally, the Bökelberg was always “yesterday’s news”, but as a pure football stadium with a unique atmosphere it was streets ahead of the others, because nowhere else were the fans as close to the players and the action as there.

From the Bökelberg, a generation of players set out in the 1960s to unhinge the football world with inspiring offensive play. It was precisely these stories about Netzer, Heynckes, Vogts, Bonhof & Co that made the venue unique. The Bökelberg did what makes a real myth. Two of the most spectacular events in German club football could therefore only take place at a place like the Bökelberg. In the famous post-breaking match of 1971, the Bökelberg disallowed a goal in the match against Werder Bremen, then the whole match was annulled and thus disappeared. In wonderful contradiction, it became legendary precisely because of this, just like the European Cup match against Inter Milan in the same year. This match was also annulled and disappeared from all chronicles. Not even the legend surrounding this match is really coherent. After all, the legendary can toss that led to the game being replayed took place with the score at 2:1. At that point, there was no question of the Italians cheating their way into a replay of a game they had lost 7:1. 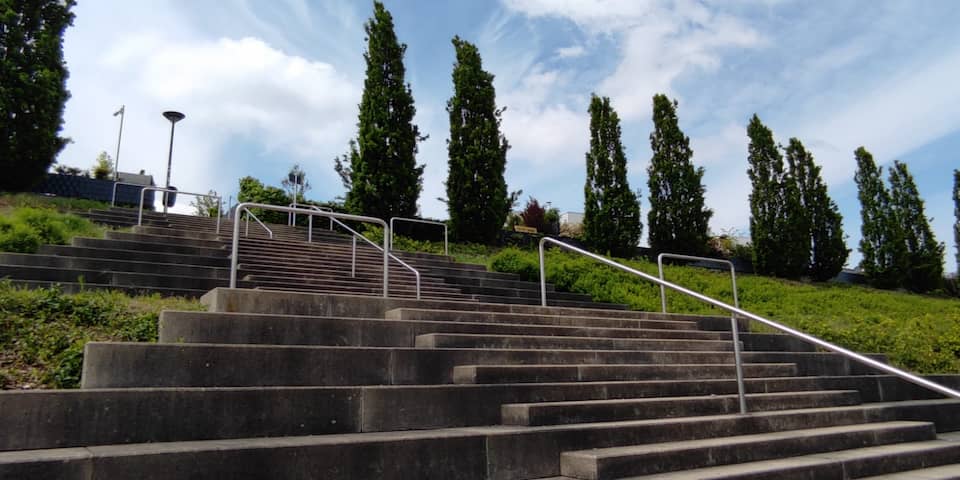 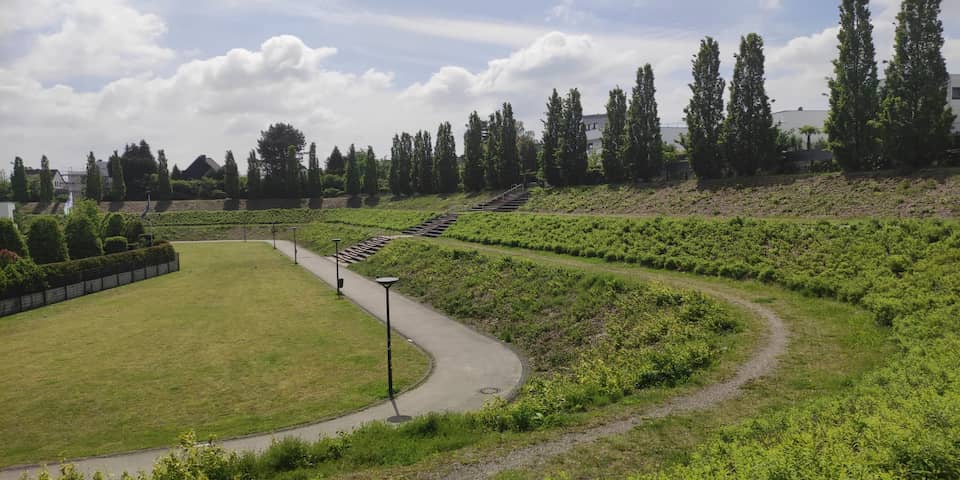 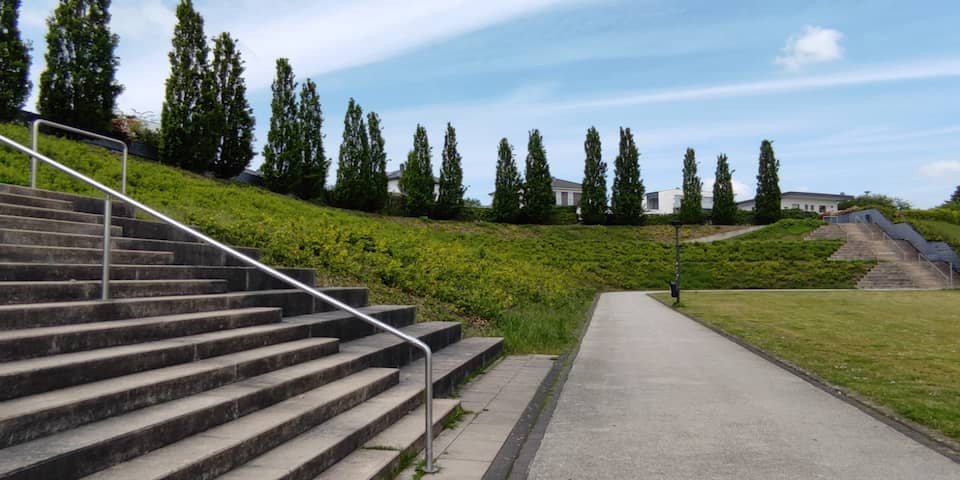 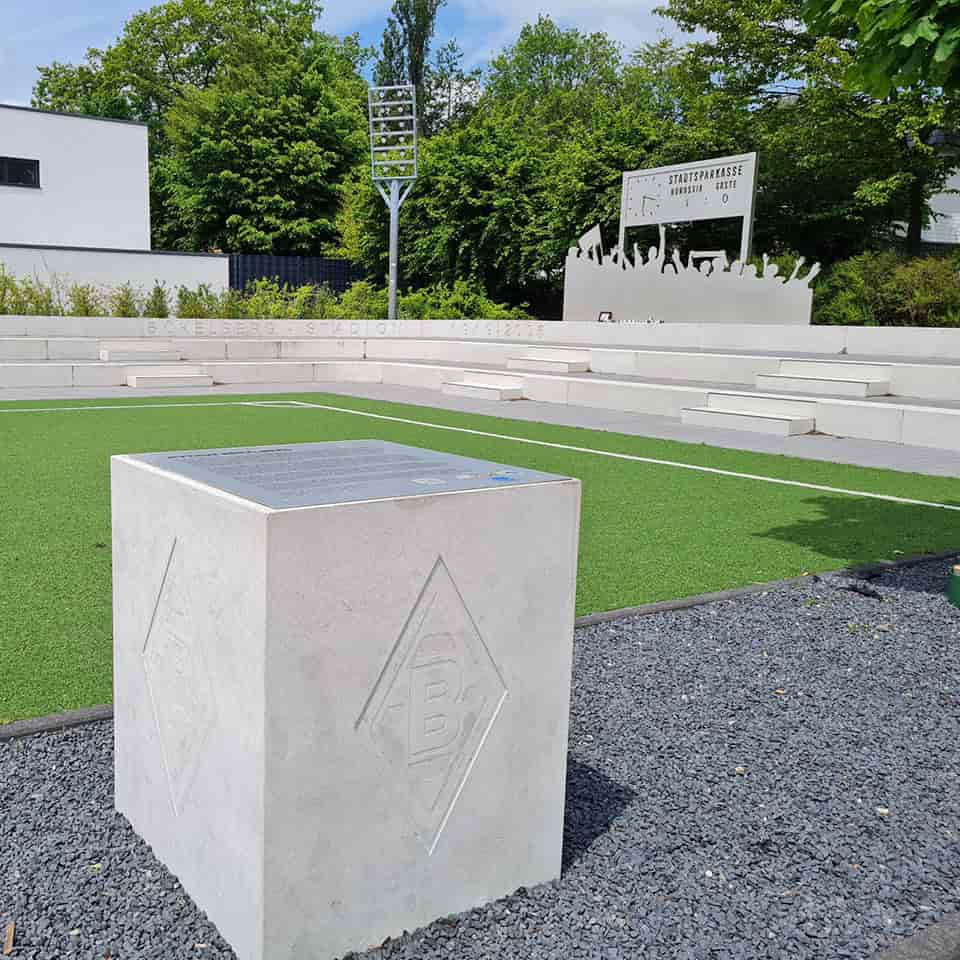 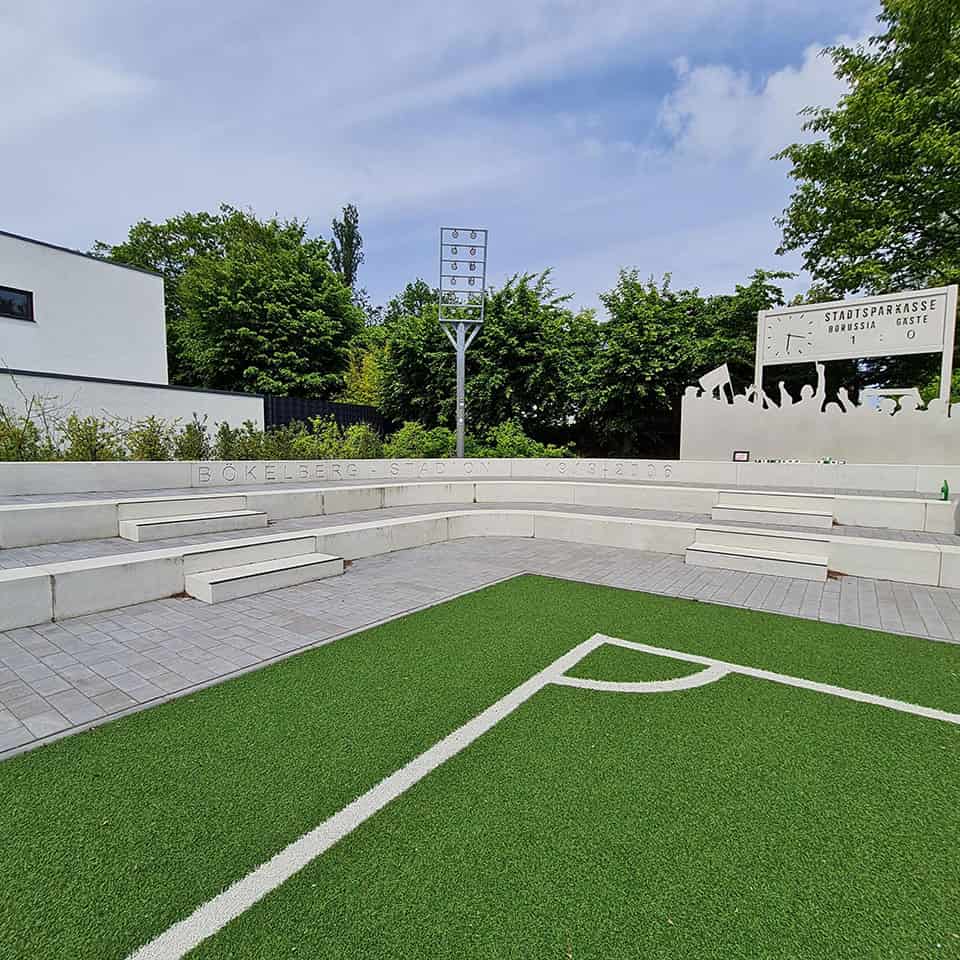 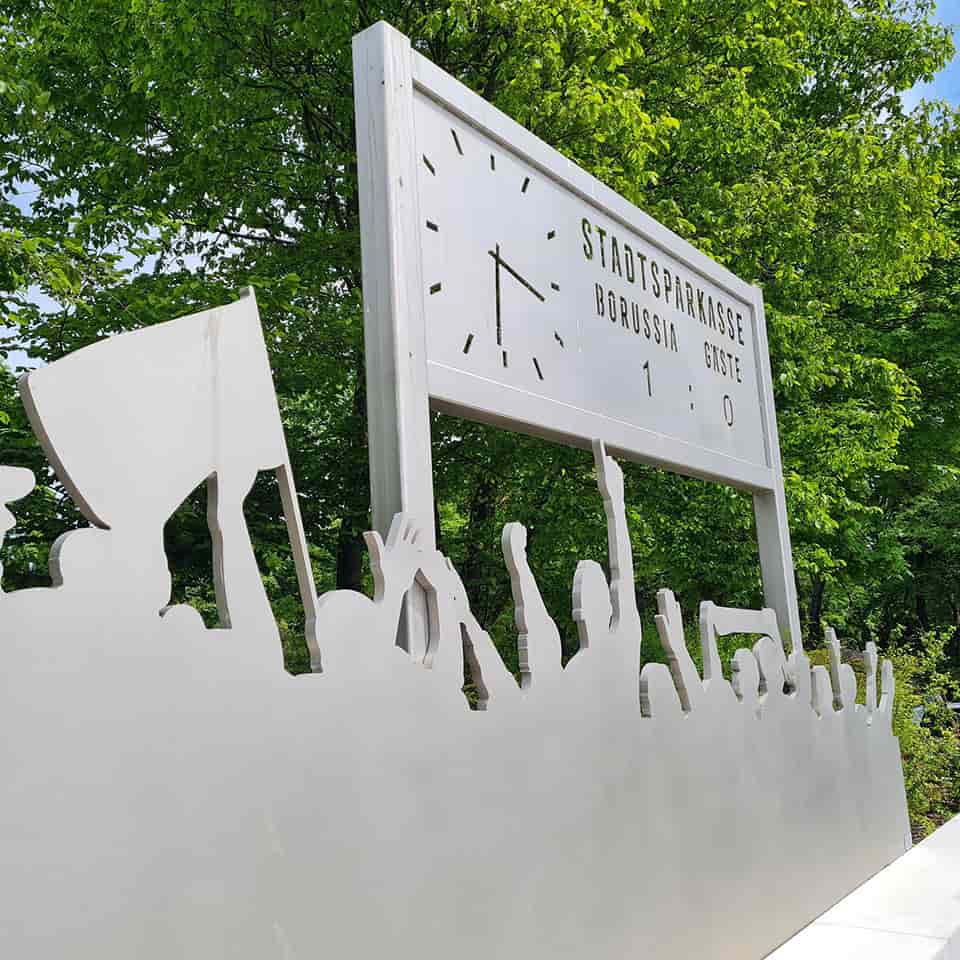 Borussia Mönchengladbach
Memorial to the Bökelberg

On 22 May 2004, the last Bundesliga match finally took place in the Bökelberg stadium. Exactly one year later, the very last football match took place in this stadium. From December 2005, the Bökelberg myth was demolished. In the meantime, housing estates have been built on the former site of the stadium, but the terraces of the former north and south curves and the main stand have been preserved as public green spaces, so that the former stadium structure is still clearly recognisable.

Since 02 December 2019, the memorial has been a reminder of the Bökelberg and its legendary times. A large artificial turf surface, a small floodlight mast, concrete steps reminiscent of the standing-room stands and the stainless steel scoreboard with a fictitious score of “1:0 for Borussia” invite Gladbach fans to linger. This spot was Borussia’s sporting home until 2006. But the emotional connection of many Borussia fans remains forever.

“Our roots are on the Bökelberg, we will never forget that!”
(President Rolf Königs)

The app Mythos Bökelberg not only offers you a multitude of impressions of the Bökelberg legend, but you can also have sports reporter Tobias Wessler explain to you in augmented reality what lies behind the legend.

For this, you need a second screen, which you can use on the road, for example, from your companion, or at home from your PC or tablet. 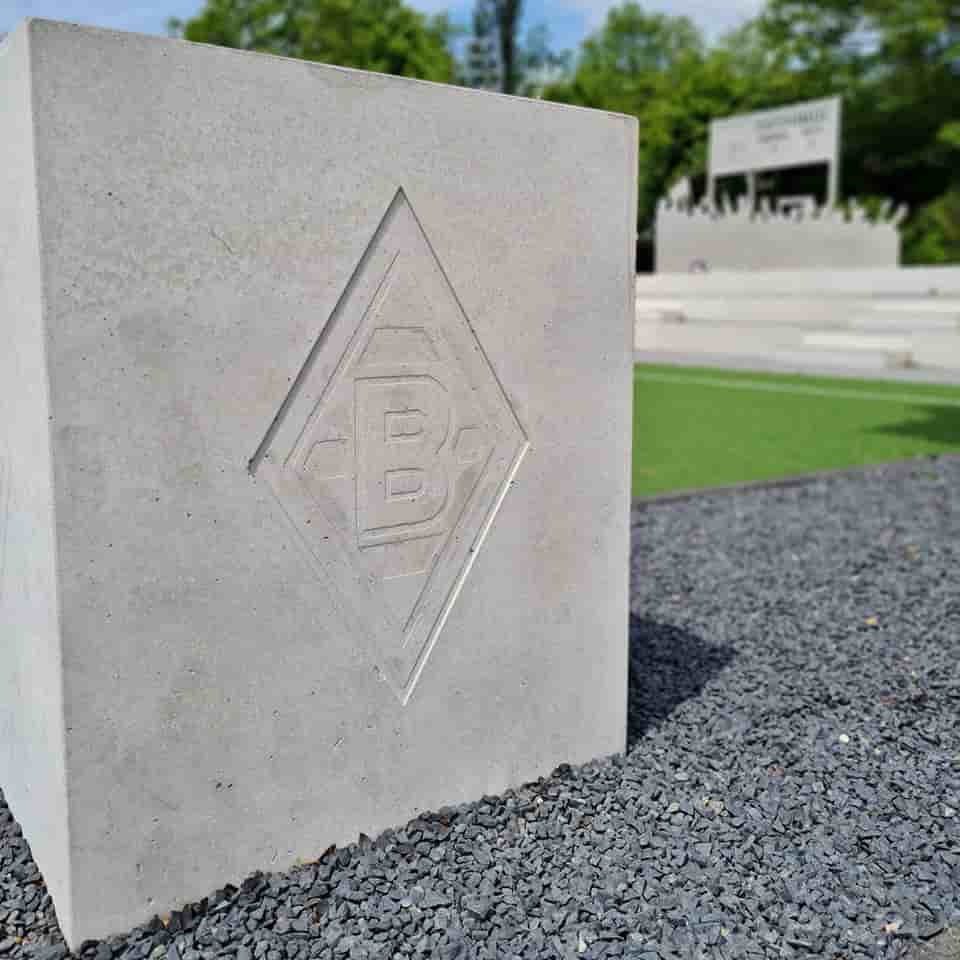