Explore Mönchengladbach in a child-friendly way and have fun discovering how the city’s history comes alive again. This is a great opportunity not only for children but also for parents to get to know Mönchengladbach properly. Dressed up as little monks, the little “city explorers” wander through the old town on traffic-safe paths and experience games, adventures and stories. This tour is also suitable as a group tour for families, children’s birthday parties or school trips. The participant price includes the costume and a colouring book as a small gift.

As a large city in the Rhineland, Mönchengladbach can call itself a carnival stronghold, not least because of its unique Veil Tuesday procession. Curious kids can find out everything important and interesting about the Mönchengladbach carnival on the children’s carnival tour. On carnival Saturday, the kids – in their favourite costumes, of course – criss-cross Gladbach’s old town. Where do they say “Halt Pohl”, “All Rheydt”, “Helau” or “Alaaf”? Why are all Rhenish carnival princesses called “Niersia”? And what is it about the “Möhnen” on Altweiber? The children will learn all this and more during fun games in the historic old town centre – just at the right time, namely on the weekend of the big street carnival. The price includes face painting and sweets as “Kamelle”. 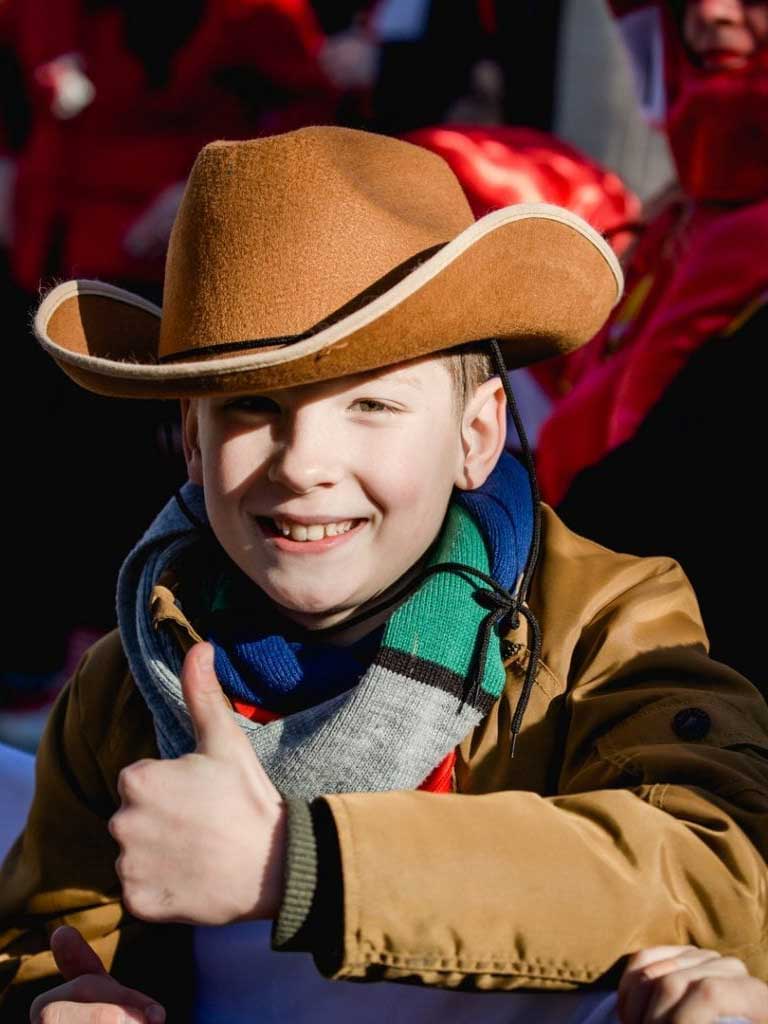 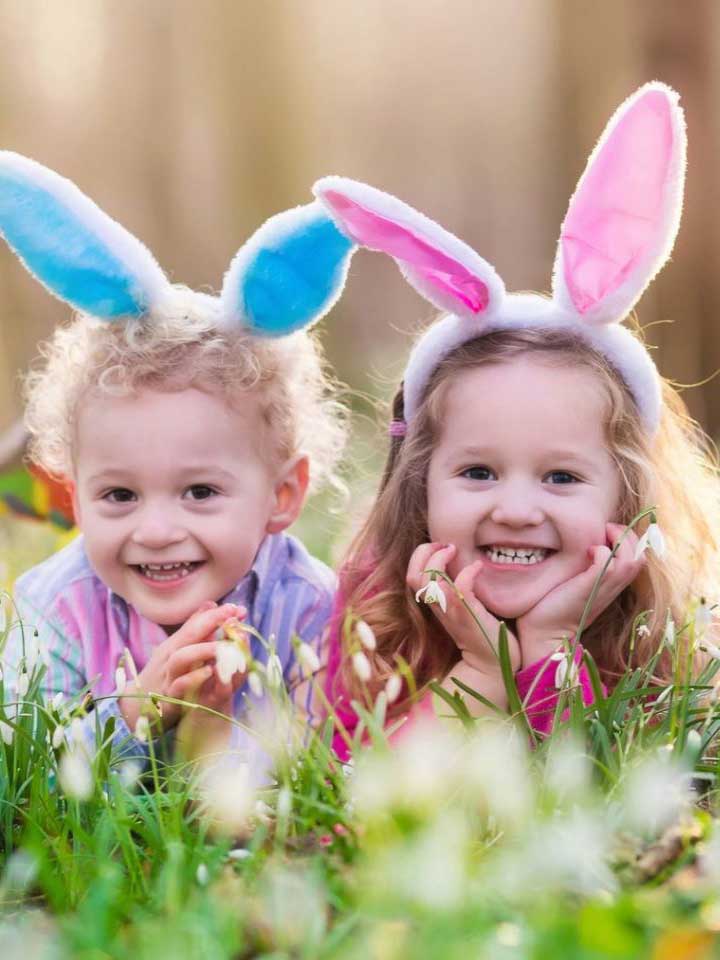 The annual Easter season is a special time for children. Does the Easter Bunny really exist? Why does he hide eggs? Children can get to the bottom of these and many other Easter-related questions on the Children’s Easter Tour on Easter Monday. Masked as bunnies, the children will hop along traffic-safe paths through the historic old town centre. In addition to fun and games, the tour will focus on the theme of Easter. There are answers to questions like “Why?” and “When is Easter anyway? Why do we dye eggs? Where does the name “Easter” come from?” Since it is a city tour, the kids will also learn a lot about the history of their city in the process. The participant price includes the costume and a colouring book as a small gift.

Under the motto “I see something you don’t see”, the children go on a journey of discovery through Mönchengladbach’s old town. Many a secret is revealed along the way. Old children’s games, such as the robber’s ladder, are not neglected either, as the city is to be conquered through play. Speaking of conquered: to prevent wolves and robbers from disturbing the night’s rest of the wealthy citizens, the people of Gladbach built a city wall. At the Geroweiher, the children recreate the city wall and watch out that no riffraff can storm the city! During the tour, the boys and girls learn a lot about everyday life and the sometimes hard life of children in ancient times. There are some peculiar things to learn, because who of today’s kids still knows beer soup or grut beer, for example? The price includes a colouring book as a small gift. 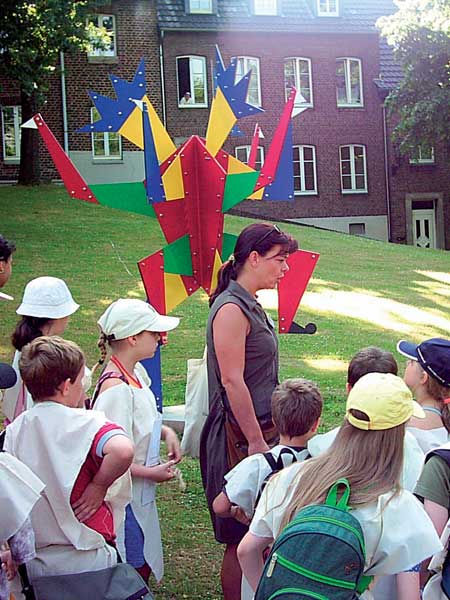 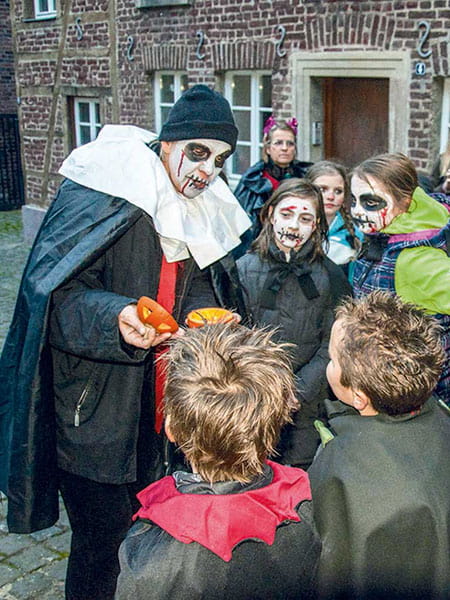 “Trick or Threat” is what the little ghosts shout on Halloween in America. Translated into German, this means something like “trick or treat”. From television, especially from American films, the custom of children marching from door to door on the evening before 1 November to collect sweets has reached us, but what is actually behind it? You can also find out why people try to scare away evil spirits on Halloween by dressing up in scary costumes. Children can experience scary stories and all kinds of spooky things when they set off with the creature of the night on Halloween evening: Dressed up as little bats, they will buzz through the Old Town and experience child-friendly “spooky” adventures. The participant price includes the disguise.

St. Nicholas, Christmas, presents and shining children’s eyes – no time of year holds as much magic and anticipation for children as the Christmas season. But beyond presents and consumption, this tour offers children a different view of Christmas. A view that reveals the true meaning of Christmas against the background of Mönchengladbach’s city history. Where does our custom of putting up a Christmas tree come from, how do people celebrate Christmas in other countries? Christmas carols will be sung together, and conversations will take place about the festival of festivities. The price includes Christmas sweets and a Santa hat. 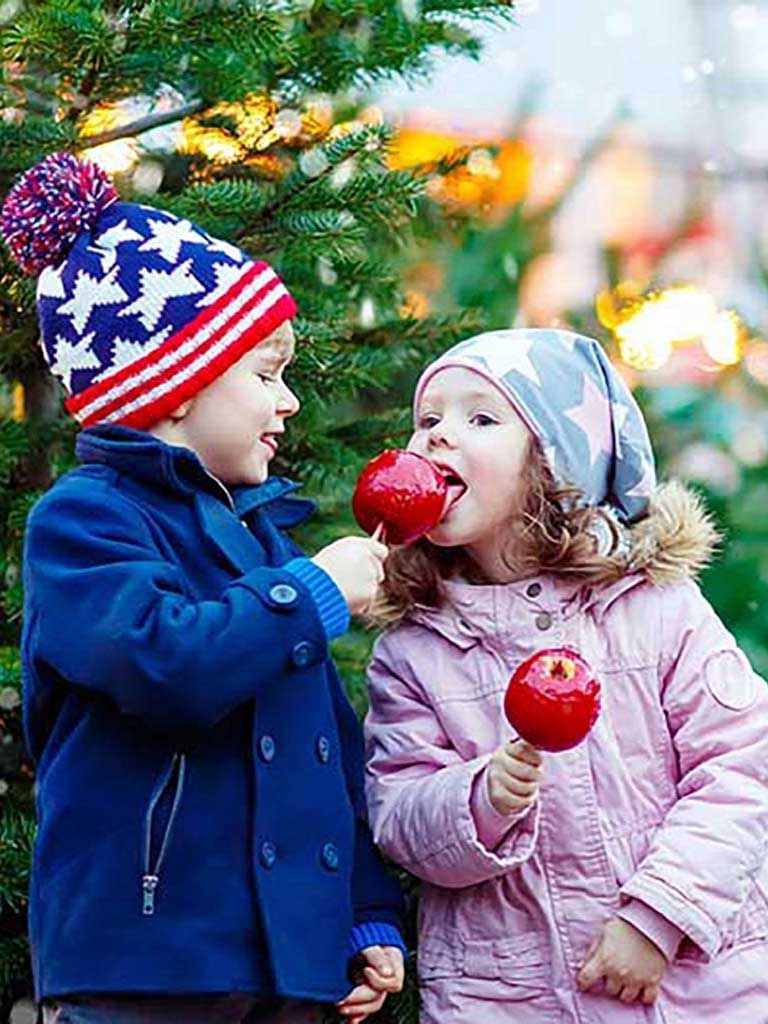